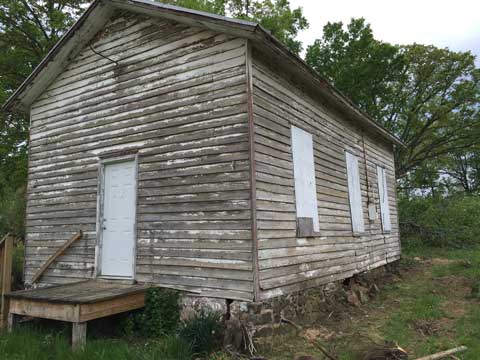 Also known as Cedar Lane and Farmwell, the school is in the Broad Run District (See the Edwin Washington Project digital map). There are conflicting accounts on dates of construction,   Some suggest 1887 for a one room frame structure costing $400.  Others indicate 1892 when a one room frame building was constructed for a cost of $500. (Source: Report of Survey Committee on Long Range Planning for Loudoun County, January, 1940. EWP: 2.2 Yr. 1918-1952)

The reader should keep in mind that wooden buildings sometimes burned down and had to be replaced on the same space, which happened at the Willisville Colored School and Lincoln High School. What research has shown is that a one-room, frame school-house, was on property sold to the Broad Run School District under a deed of B.F. Noland and wife, December 6, 1892.  This would hint that the school house may have come later; though that’s not necessarily accurate.  It could have been a privately held school before being sold to the local school board.

In 2014, the Loudoun School For the Gifted purchased the Ashburn Colored School.  Read more about the vandalism and restoration of the school. 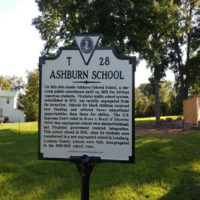