Contents on this page: 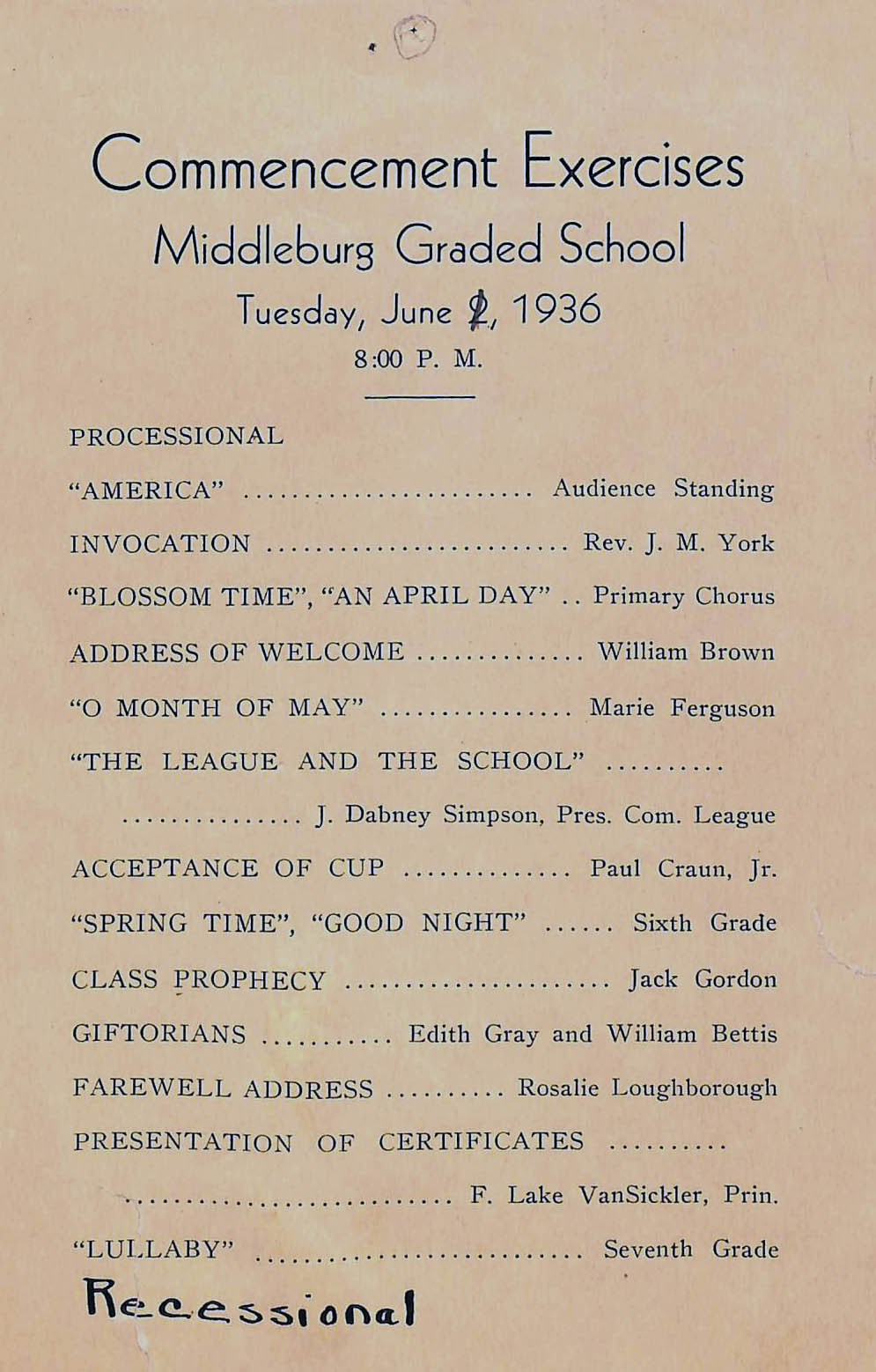 Thanks to research by Pat Bell Duncan of the Loudoun County Virginia Geneology site on Face,  we know of some of these people:

Sandy Adams of the same group also added: F. Lake VanSickler, Prin. My principal at Upperville Elementary in 1961-65ish was a Mr. VanSickler.  Guessing either same guy or his son.  Ruth Furr added “he was also a Principal at the old stone Round Hill Elementary School in the early 1950’s.” to which Sandy added “Am sure it was him. Used to make us eat black olives. LOL! Funny the things kids remember.”

Notes: From 6.3.4 Middleburg and Other White Schools.